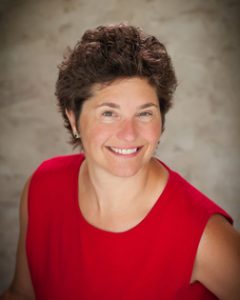 In this installment of Illuminations, I would like to unpack and dismantle the idea that Rapid Onset occurs and give some facts about dysphoria that first occurs in adolescence. I will present data which shows that trans identity is not rare, especially among teens, and that there is no Rapid Onset.

Gender Dysphoria that first occurs in adolescence is not a new phenomenon. It is well known that there are two adolescent presentations of gender dysphoria: Youth with childhood history of consistent, insistent, and persistent gender diversity continuing (and often worsening) into adolescent years; and youth with no history of childhood gender non-conformity with onset in adolescence due to distress about puberty.

The World Professional Association for Transgender Health (WPATH) Standards of Care volume 7 which was published in 2011 states: “Yet many adolescents and adults presenting with gender dysphoria do not report a history of childhood gender-nonconforming behaviors (Docter, 1988; Landén, Wålinder, & Lundström, 1998). Therefore, it may come as a surprise to others (parents, other family members, friends, and community members) when a youth’s gender dysphoria first becomes evident in adolescence.” Notice that the articles cited are from 1988 and 1998

Clinicians and researchers have always been aware that some trans youth present initially at or during adolescence, with no history of childhood gender dysphoria. The initial narrative about transgender identity was based on the myth that a transgender identity MUST be evident in childhood. Due to gatekeeping, people had to report that they had childhood dysphoria to get treatment. What occurred then was a classic example of “begging the question”; trans individuals endorsed this in order to get the services they so desperately needed. This resulted in data which reinforced the idea that it was essential to a trans identity and therefore demanded that it be endorsed.

The fact is, like other factors that were in the past deemed to be essential to a trans identity, childhood onset was never in fact a given. Other endorsements “expected” of transgender individuals in the past included lifelong disgust with genitalia, an exclusive attraction which would be heterosexual post transition, and choice a stereotypically gendered name and adoption of all the trappings which typified the gender identity. Countless trans elders had to lie to get medical care.

As discussed in my first installment, trans identity is not rare. There have always been trans youth. It is true that the numbers of trans youth seeking services have been increasing steadily,  but this may be due to an economic theory known as Say’s Law which is perhaps best summarized by the concept of, “if you build it, they will come.” As services have become more accessible, more have sought services.

The Williams Institute has confirmed that the youngest age group (13 to 17) has the highest estimated percentage of individuals who identify as transgender (January 2017, https://williamsinstitute.law.ucla.edu/publications/age-trans-individuals-us/) but there are more individuals of all ages coming out as trans. A Meta-analysis of studies published 2009-2019 found that “upward temporal trends were consistently observed” among not only youth, but also and adults. And again, not a rapid increase. (Qi Zhang, Q. Goodman, M. Adams, N. Corneil, T., Hashemi, L. Kreukels, B., Motmans, J. Snyder, R. and Coleman, E. (2020) Epidemiological considerations in transgender health: A systematic review with focus on higher quality data. International Journal of Transgender Health, 21(2): 125-137. doi: 10.1080/26895269.2020.1753136)

As you may recall from my last Illumination, in her paper on Rapid Onset Gender Dysphoria Littman based much of her “data” on information from parents who reported things like: “My daughter suddenly announced she was a ‘trans man’ after a few weeks of total immersion in YouTube transition vlogs”. But there is no Rapid Onset from the perspective of the individual coming out.

Coming out is a process that begins when a person starts questioning their identity but is not public until much later.  Vivian Cass proposed that the process of Coming Out takes place in six stages: Identity Confusion: Identity Comparison; Identity Tolerance; Identity Acceptance; Identity Pride; and Identity Synthesis.

Because there is so much stigma associated with not being cisgender in this heteronormative society, the initial psychological reaction is typically denial: no one wants to be different than most other people – including one’s own family. Individuals pick-up messages about what is acceptable and not and learn to deny and hide their suspicions about themselves. They will often even overcompensate in an effort to prove to self (and others) that they fit societal expectations. For those who eventually come to accept their gender there is usually some time of bargaining, comparison, and tolerance before acceptance of a trans identity.

Keeping a secret (about oneself) creates quite a burden. Hiding and secrets create lies and emotional distance, feelings of isolation, shame, and stress and this leads to the need to disclose. To someone. Anyone. Most individuals in the throes of a coming out process at this point will find and reach out to someone they know will be accepting. Many times, this is someone who is further along in the process of coming out. This “peer” is found because of the common identity. The peer does not recruit, contaminate, or otherwise produce the identity. They simply allow its expression.

In considering the pros and cons of coming out to others (such as parents), a trans person can spend many excruciating hours, weeks, months evaluating what would be the best outcome, the worst outcome, and the likely outcome.  The decision to come out to others ideally only occurs when the person is finally ready to accept whatever outcome may occur. The coming out seems sudden to others but there is no Rapid Onset, just recent disclosure.

Understandably, many come out last to those closest to them because even if the risk of being rejected is low, the potential impact of the loss is huge. Often the last to know are the parents. Historical data on gay teens found that the time between first awareness of same-sex attraction and self-identification was about 6 or 7 years.  (Herdt, G. & Boxer, A. (1996) Children of Horizons). We could easily expect a similar lengthy process for those coming to identity as transgender.

For many families I have worked with, this lag time and what parents may perceive as “rapid” is often overwhelming. Youth have already gathered information and resources and have taken steps toward not only identity but transition. They are frequently using a preferred name with peers and at school, have changed their presentation, and are ready to make other changes. Yet, parents need time to process, get education and find support.

Stand With Trans and similar organizations play a vital role in helping families (youth and parents) understand, accept, and mediate that gap in acceptance. Reinforcing the myth that the youth has had as “Rapid Onset” does a great disservice to family unity. My hope is that this illumination serves to mend the fissure created by that myth.

Antonia Caretto, Ph.D. is a fully licensed Clinical Psychologist and a graduate of the University of Michigan and the Alliant International University California School of Professional Psychology. Dr. Caretto’s 1991 doctoral dissertation research was on “Familial Homosexuality Among Women and It’s Relationship to Childhood Gender Role Non-Conformity and Adult Sex Role.”

Dr. Caretto has a solo private practice in Farmington Hills, MI, and gender identity development continues to the focus of much of her work.